Forest of Green on the Champs-Elysées

Much has already been written about the 2-day transformation of the Champs-Elysées into a bio-diverse landscape of green vegetation, called Nature Capitale (May 23rd & 24th).  We had to go see it, along with over a million other people.  Yes, it was packed, even at 11am on a holiday Monday (Pentecote).  With so many people all converging at the same spot, we only lasted an hour there.  I'm still glad we went.  Here's what we saw, starting at the Arc de Triomphe end of the Champs-Elysées: 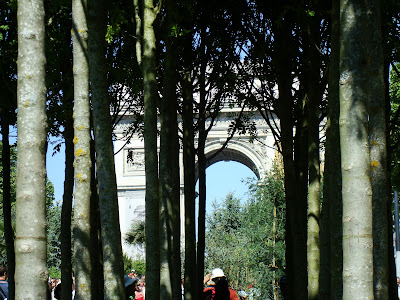 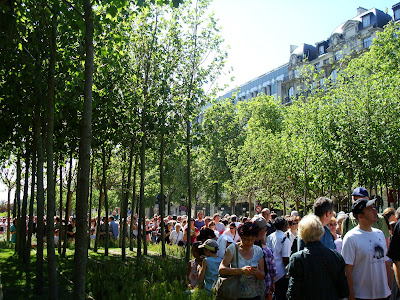 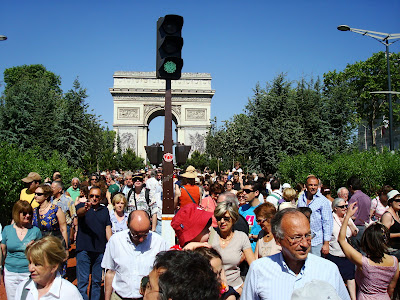 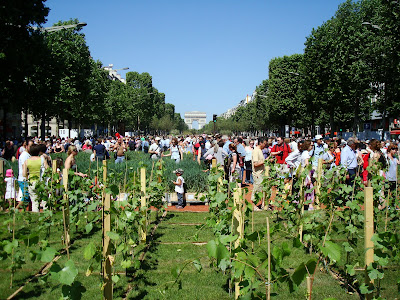 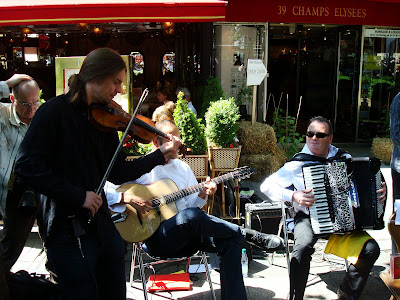 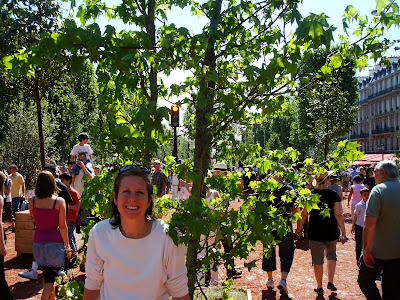 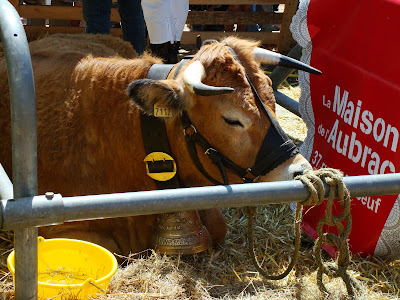 This is where we stopped our visit, about half way down to Place de la Concorde.  Along the way, we ran into entertaining street musicians, admired a concept car at the Renault store, did some pretty interesting people watching, got a kick out of seeing all the traffic lights without the traffic, and enjoyed being able to walk down the Champs Elysées amongst all the green, without a single honking horn!

Email ThisBlogThis!Share to TwitterShare to FacebookShare to Pinterest
Labels: Everyday Life in Paris

Rhubarb!!  It's here!  Enjoy its bounty while you can. 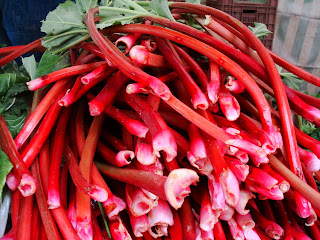 A pile of rhubarb at the market - grown outside of Paris
The variety of rhubarb grown here has a rich pink color and these particular ones are nice & thin.  I find them to be less tart here compared to the ones back home and so I can get by using less sugar when I cook them.  Here's a recipe for a rhubarbe compote that I like very much.  If you let it cook too long, the vibrant color dulls out & the texture is a bit "mushier", but no worries, it still tastes great! 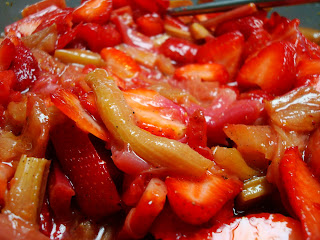 
You can add the strawberries slices during the first 30 minutes to make a strawberry-rhubarb compote.  Or, you can simply add the raw strawberries to the cooled rhubarb compote.  Personally, I prefer adding strawberries without cooking them but only if the strawberries are nice & ripe & full of flavor.  It's not a true compote like this, but it sure tastes great with yogurt, over ice cream, with a crepe, with pancakes, over angelfood cake, in a "verrine"....I could go on & on...!

Store in fridge.  Should be eaten within a few days since the sugar content is so low - it doesn't hold as long as a confiture or a true compote. 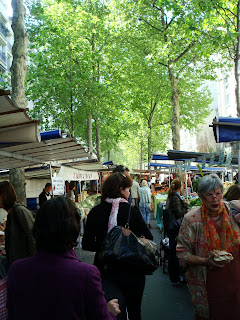 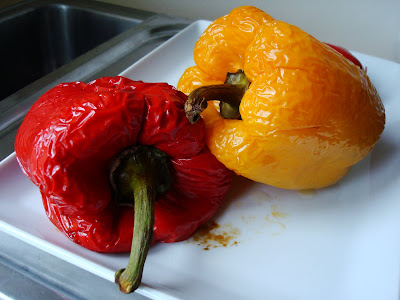 How to easily Roast a pepper: 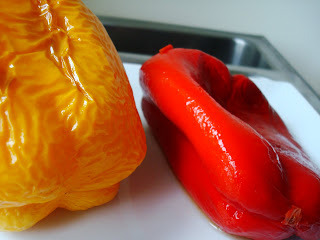 Unpeeled on left;  peeled on right
Other methods will tell you to roast at a higher temperature for a shorter period of time (say 200C/400F for 10 - 20 minutes), typically turning the outer skin black & charred.  This works, too, but my preference is to use a lower temp & to cook for a (slightly) longer time.  The texture stays more intact this way, and the color stays vibrant.  Higher temperatures can blacken the pepper itself, in addition to the skin. (There aren't too many occasions when I'm looking for a blackened pepper, but if I were, I'd do it this way.)
They will also tell you to place the roasted peppers in a paper or plastic after removing from the oven & then to peel after they're cool enough to touch.  I don't use bags anymore.  I find it's simply not necessary & it only wastes a bag that ends up in the garbage.  Sitting on the counter is just fine (if they're roasted long enough in the oven).
I've seen professional kitchens roast their peppers directly over the gas flame.  This definitely gets the skin charred which often requires a rinse after wards to get all the black bits off.  Of course, you can end up with a grilled & smokey taste this way.  I find that it's not that easy to do at home where my burners aren't strong enough to handle the job easily.  I end up babysitting them over a hot flame...and well, it's just easier to toss them in the oven & let them be!
One observation:  I find that yellow peppers are harder to peel than red;  I tend to let the yellow peppers sit in the oven a bit longer than the red ones.
What I like do with roasted peppers: 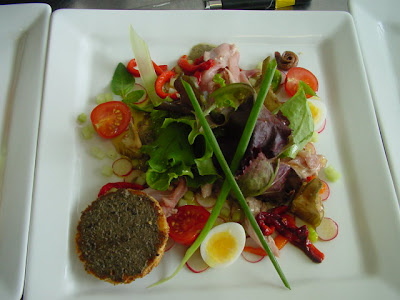 /dma
Posted by girlcookinparis at 2:10 AM 5 comments:

Do you mind if I simply share a picture? I made this cake for a private dinner on Monday night. It eventually had some birthday candles & a "Bonne Anniversaire" sign in the middle... This is one of my favorite cakes. Tout chocolat in french means "all chocolate" and what a perfect name for this gateau. It's a layered cake with sablé chocolat (chocolate shortbread), chocolate-almond cake/brownie and chocolate mousse. What I love about it, however, is that the sablé chocolat has fleur de sel (sea salt) in it....so when you taste it, you experience a very subtle salty-sweet sensation! 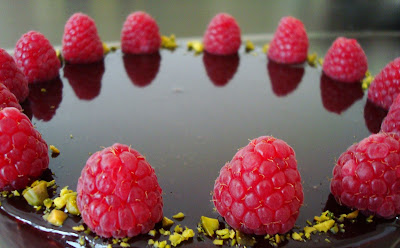 On Monday it was served with a creme anglaise sauce, but you could also serve it with a chocolate sauce or rasberry coulis, if you like. For those living or visiting Paris, please don't hesitate to contact me if you'd like to order this cake. It would be a pleasure for everyone (including for me to make)! 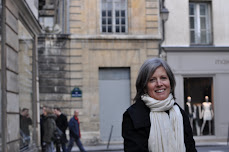